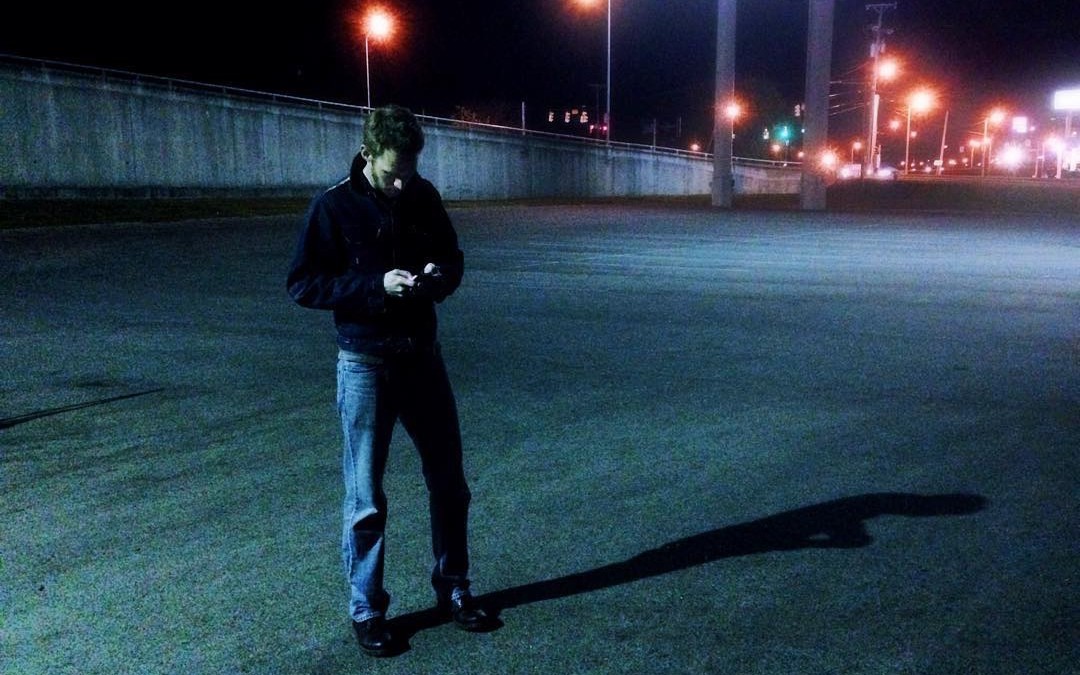 The parking lot was deserted, its emptiness made visible by patches of light from buzzing poles. Danny hoped that the vastness of the paved area was a coincidence, not a necessity.

He strolled up to Jake whose thumbs were in a frenzied dance across a handheld screen.

“Please, Jake, tell me your latest experiment isn’t as big as this parking lot,” Danny said only half joking.
“Not in a literal sense,” Jake said with a grin.

Jake paused his concentration to momentarily shift his gaze to Danny.

“Thank you for coming, Dan.”

Jake made a definitive tap on the small screen and shoved it into Danny’s hands.

“Okay, last year when I was stranded and had to call you…”
“Yeah, I remember.”
“Right! I had to summon you, but it took you hours to get there and didn’t fix my car.”

Jake’s face had epiphany written all over it, but Danny didn’t get his point.

They stared at each other for a moment—Jake with a big smile and Danny with frustration. Still smiling and without breaking his focus on Danny’s eyes, Jake gave the screen in Danny’s hands a final tap.

A faint whine grew louder behind Danny, until a strange, white drone with wings glided to a stop on the pavement beside them.

“So, why not make a drone you can summon wherever you are and ride away on it?”

Jake snatched the controller screen from Danny’s hands and hopped onto the drone, strapping his feet down at the base of its wings.

Danny watched as Jake took off on his little transport drone, guiding it with his handheld screen.

He chuckled in disbelief, “Crazy Jake… Actually made something good.”

As Jake headed back in for a landing, another sound began to flood the air. From the darkness a black helicopter came alongside Jake, and two people pulled him and his invention into it.

A side door slammed shut, and it flew away, leaving Danny in a stunned silence with only the buzzing lights of the parking lot as fellow witnesses.

To get all of the Storygram fiction stories in a book from Amazon or as a FREE ebook, check out the Books page!