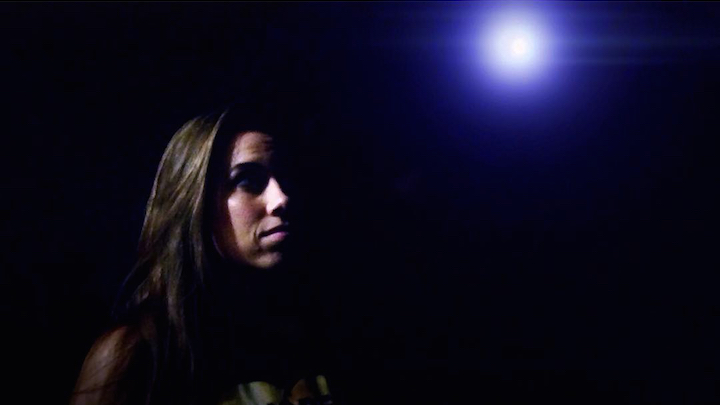 Her favorite time of any day was the night. She had been caught sneaking out of the house more than once, but the sting of her father’s backhand was nothing compared to the feeling of adrenaline surging through her from the terror of a moonless night in the woods.

When the tiny hairs on her neck stood erect to ward off invisible foes, when her skin prickled a warning of danger, and when all of her senses heightened at the rise of fear, that was how she felt the darkness. And it was in those moments that she teetered on the edge of discovering what it means to be courageous.

On a cool, foggy night, she wandered. An owl hooted in a nearby tree and leaves crunched under her steps, but only still silhouettes could be seen. Dawn would come soon, and she needed to make her way home before her father awoke.

At the thought of her father waking, she would have turned around, but a faint glow in the distance caught her eye. It flickered as it swooped around trees, growing brighter as it neared her. The glow seemed far enough away until it smacked her in the forehead.

She fell to the ground and something plopped into the leaves beside her. It thrashed around until it leapt into flight, which set it aglow again. It looked different now, clumsily wobbling instead of gliding.

She shot to her feet. When her eyes had adjusted to the light, she could see it was being cast by the buzzing wings of a naked woman no bigger than a pen. But one of her four wings was bent and barely moving.

“You’ve broken my wing!” the creature cried.
“Me? You flew straight into my face!”

The small woman’s expression turned from anger to pity.

Lyrka thought for a moment.

“Well, Kira, I require food and shelter until I heal. Will you care for me,as a fellow sister of darkness?”
“I guess… Are you magical?”
“Let’s just call me mischievous for now. Mischievous and very anxious to meet your father,” Lyrka said with a sinister grin.

*Subscribe to my Story Lovers Community to download the “Storygram Volume 1” ebook for FREE and get exclusive discounts!*