3 Reasons The LEGO Movie Is Awesome 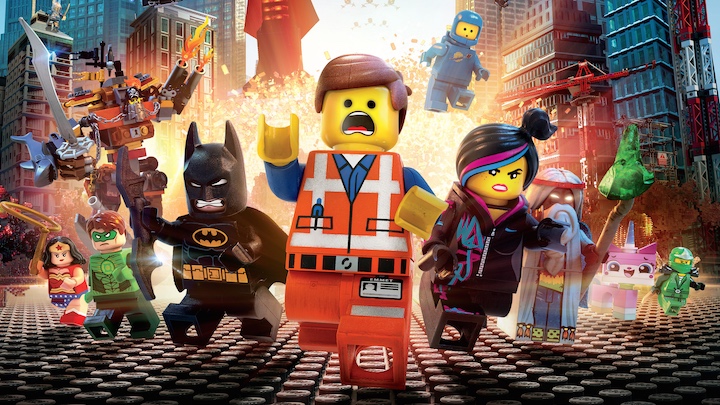 *The featured image is for review purposes only. I did not create it, nor do I own it.*

It’s no secret. I’ve said it over and over again. I love The LEGO Movie (the website is cool, too).

If my mind was a toasted waffle (hold your jokes, friends), The LEGO Movie would be my syrup… and my butter.

It might even compare to the awesomeness of bacon, which is something you just aren’t supposed to say. I mean, bacon is bacon, and there is no other bacon. The LEGO Movie loses on the grounds of being inedible. But it is food for the soul.

The movie is of a certain kind that I always applaud. The writers packed in so many jokes at such a fast pace that you have to watch the movie many times over if you want to catch them all. There are jokes from the characters’ dialogue flying through the air at eardrum-blistering speeds. There are jokes in the background–characters doing strange things, words on billboards, etc. There are so many things happening so fast that each viewing is a new adventure.

Another movie that stands out in this way is Cloudy With A Chance Of Meatballs. I’ve seen it a hundred times, and I still feel like I catch new things with every viewing.

Not only is it funny to the attention deficit of us, but it’s funny in the right way…

Somewhere along the way, makers of children’s films decided that in order for their movie to capture the love of parents, or an older audience in general, they needed to sprinkle taboo language and suggestive content into the film.

They aren’t deviously attempting to alter the minds of children, as some parents assume. They’re only trying to broaden the audience reach to maximize profit. They think sexual references and risque language are the net that catches adults.

The LEGO Movie and Cloudy With A Chance Of Meatballs do humor right. They focus on being actually funny. I can’t say it enough: If your comedy is truly funny, there isn’t even a need for filth, which is all about shock factor (e.g. “I can’t believe he just said that! haha”). Calling a rotten egg what it is, these jokes are not a type of humor: They’re just lazy. Trash talk is a cop-out when you have nothing funny to say, and I’ve never respected a trash can.

Look, I get it. Suggestive content is also subjective content. The makers of Shrek drop ass anywhere they can. Yeah, he’s a donkey, but let’s be real… No one uses ass to refer to a donkey anymore, and the meaning in the films is always duplicitous. But to some people, ass is just as normal as butt.

On the flip side of the buns, I grew up in a household where the mountains (or hills, depending on your make and model) at the base of your spine could only be sheepishly referred to as backside or behind or rear-end or bottom, the last one being the worst of offenders.

So, there is leeway. I can be lenient. But there needs to be common sense, too.

Need I even say it? Obviously, I’m bias on this point, but the cinematography really is superb! Pablo Plaisted was the consulting cinematographer for The LEGO Movie. I think a lot of people don’t realize that even animated movies use a Director of Photography for their lighting, blocking, and lensing.

Plaisted’s choice to use shallow depth of field to mimic tilt-shift lenses from bird’s eye perspectives and establish a macro look in the more intimate frames took my breath away from the first viewing. The lighting and atmospheric elements are quite gorgeous in many scenes, too, but the macro look was nothing short of brilliant.

His team digitally built the illusion of the actual small scale of LEGO bricks, bringing more realism to the goal of making the film appear as though it was shot with real LEGO blocks in a stop-motion animation style. Seriously, the movie was a huge cinematography win!

Nothing else in the movie would matter if it didn’t have a solid plot. Not. One. Thing.

The movie is an accurate allegation of the corruption big business has wrought. It has dynamic characters with multiple agendas and motivations crashing into each other like a Batwing through the sun (heh heh). And like it or not, it certainly provokes a challenging discourse on modern society (overpriced coffee, anyone?).

I couldn’t find it, but there is an article I read last year where the filmmakers said that they didn’t want the movie to be a LEGO advertisement. Interestingly, neither did LEGO.

You have to salute their humility. They realized the story is what mattered, and if they really wanted to sell more LEGO sets, a great story would do that on its own, without their interference (see #5 and #17 on this list).

I scream this to clients and video marketers day in and day out, but they rarely listen. The old days of tent meetings and preachers with popping neck veins are gone. Everyone is desensitized to blatant advertising, so the only way to get attention is to serve people, to entertain them, to give them something undeniably fantastic. And they will support you for doing so.

There you have it. Everything is STILL awesome in every way with this film. Two claw hands way, way up! What do you guys think of The LEGO Movie? What’s your favorite part of it?

Be sure to subscribe to the mailing list so you can get my free ebook “I, Storyteller” emailed to you in just a few weeks, as well as the ebook of “Storygram Volume 1: 100 short stories based on 100 pictures”!